Eric Bakker has been recognized throughout his professional career as a leader with a vision for the future. He co-founded CDI with his wife, Trish Bakker, in their garage in Tappan, New York, and helped drive it into the $300M+ organization it is today.

Eric possesses a deep understanding of information technology and how to apply that technology to meet core business objectives. He is a true entrepreneur who has always been one step ahead of the marketplace.

Evidence comes in the form of Eric’s ability to successfully evolve CDI’s service organization from a pure technical consulting company into a single-source technology solution implementer by partnering with leading hardware and software suppliers. He knows the keys to creating a successful company: motivating employees, continuously building on their skill levels, encouraging a spirit of enthusiasm and taking care of customers. 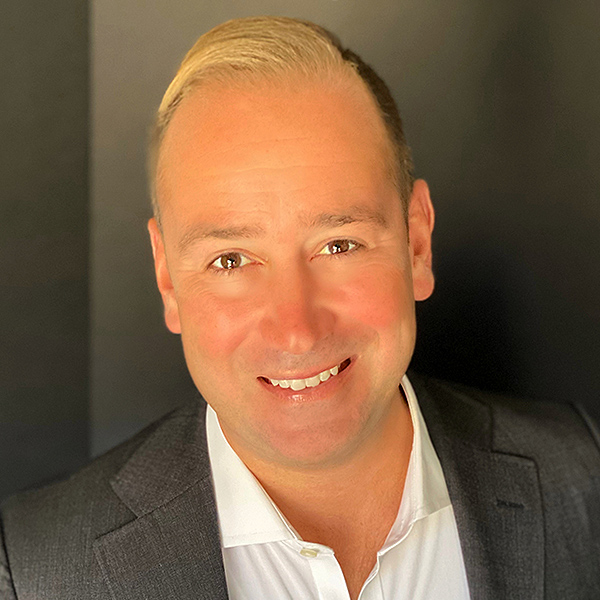 Rich Falcone, President, began his career with CDI in 2002 as a Sales Associate and was quickly recognized as Sales Representative of the Year for five consecutive years. He was then promoted to AVP of Sales in 2009, where he was tasked with recruiting and building CDI’s first New York City sales office – which within two years became the Company’s number one revenue generating location. He was next promoted in 2013 to EVP of Sales, now leading both CDI’s New Jersey and New York City-based sales teams. Under his direction, the Company experienced three straight years of record sales growth.

After almost two decades with CDI, he was promoted to President of Sales in 2017. In this capacity, he was responsible for managing revenue streams across all geographies, inclusive of core sales, digital sales, and annuity managed cloud services. He was also tasked with cultivating and developing talent across the organization, including Inside Sales and Solution Architects, managing strategic client and partner relationships, and leading the Company’s overall marketing initiatives, brand evolution and strategy. During his three years in this role, CDI posted its highest earnings in each of its major product and service offerings.

Most recently, Rich was promoted to President, now additionally focused on driving merger, acquisition and integration efforts with investment firm, One Equity Partners, and overseeing CDI’s Professional and Managed Services lines of business.

Rich holds a Bachelor of Science in Marketing from Rutgers University and resides in New York City with his wife Valerie, and two young daughters, Stella and Scarlett. In his spare time, Rich enjoys running, live concerts, cheering on the New York Mets and spending time with his family in Central Park.

An integral member of the CDI technical team since May 2000, George Gosselin was named Chief Information Officer (CIO) in 2020, after spending a decade as Chief Technology Officer (CTO).

In this role, Gosselin is focused on managing, developing and deploying internal IT support needs, including security, software, and cloud initiatives. He will also continue to be responsible for spearheading the evolution of the company’s technical skillset, support CDI’s enterprise customers and direct critical core technologies that will drive CDI’s services and solutions.

“Time and time again, CDI has demonstrated its ability to take on emerging technologies for the data center and develop sophisticated solutions and services around them,” George says. “Our team pioneered real-world solutions for advanced wireless technologies, security, IP telephony, the list goes on. We were among the earliest integrators capable of deploying and supporting private cloud infrastructure, notably technologies from Dell EMC, Cisco and VMware that are part of the Virtual Computing Environment (VCE) coalition. By becoming skilled in emerging technologies early in the game, CDI can help our clients innovate ahead of their competitors.”

Prior to his roles as CIO and CTO, respectively, George was director of networking systems, responsible for all aspects of the company’s network consulting business including routing and switching, wireless, security, IP telephony, videoconferencing and operational management. His key achievements include developing CDI’s networking practice, driving the company to earn Cisco Gold Certified status.

George was also instrumental in developing CDI’s advanced consulting skills in converged network communications including voice, video, and Fiber Channel over Ethernet and IP networks, advanced wireless services, its proactive security practice and its managed services for network, telephony, server and storage management. Additionally, George is an esteemed member of the Cisco Technical Leadership Council and the Cisco Partner Technical Advisory Board.

From 1991-2001, George served as vice president of engineering for EAC Inc., a former Connecticut based value-added reseller specializing in many of the same technologies as CDI. George graduated in 1987 from Saint Lawrence University with a Bachelor of Arts in economics and a concentration in computer science. 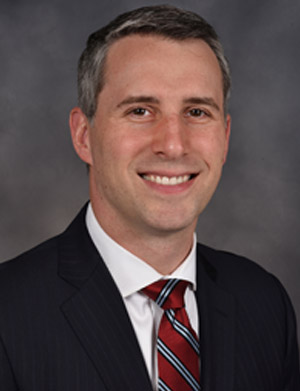 Vince Collado joined CDI as Associate Vice President of Sales in October 2010 to help launch a new generation of growth for the company. During his tenure, he has become one of the key thought-leaders driving CDI’s go-to-market strategy and has been instrumental in driving a number of initiatives across the business, including building the sales and presales team.

Vince’s unique combination of technical experience as a software engineer, coupled with a sales and finance background, enable him to align the company with industry trends and demonstrate how the application of technology can solve complex business problems.

In his current role, Vince spearheads CDI’s Digital Transformation business unit, which is focused on expanding the company’s geographical presence with new partnerships, solutions, and service offerings designed to change the way customers work. In addition, he also leads CDI’s internal digital transformation, changing the way the company engages with clients and business partners through its presales solution architecture and sales operations teams.

Vince joined CDI after a successful five-year stint with storage technology market leader EMC Corporation (now Dell Technologies). While at EMC, he was consistently recognized among the top 10 percent of the U.S. salesforce. He began his career in Boston as a software engineer for PARIS Technologies International, where he developed business intelligence applications. He then moved into disaster recovery solutions at Syncsort, Inc. and took on sales responsibilities in his second year. Throughout his sales career, he has compiled numerous successes and accolades.

He formulated the concept for CDI Managed Services while in a previous role where he helped build one of the largest application hosting companies in the country with over 7000 end users in the Insurance, Healthcare and Financial sectors.

John attended the University of Georgia and is a die-hard DAWG fan. His favorite activities include fishing, traveling, soccer and other sports. He especially enjoys spending time with his two children, Mason and Lexi. 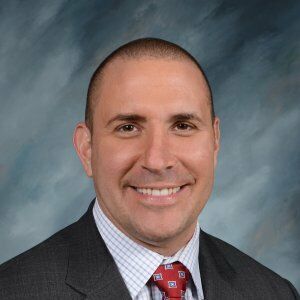 Frank Romano joined CDI with 18+ years of IT leadership and a track record of designing and implementing technology architecture and infrastructure solutions.

Prior to his roles at CDI, Frank received a high level of training at Alcoa as the executive IT Manager, Alcoa Business Systems (ABS), a manufacturing best practices program, which he routinely applies to service delivery quality and repeatable IT solutions. Frank has also held the position of CTO for another major solution provider in the New York Metro area.

His experience has given him a deep understanding of business requirements, processes and project management, which enables Frank and his team to deliver cost effective and scalable solutions from Cisco, VMware, EMC and VCE.

Frank is a strategist and leader — instrumental in building partnerships with manufacturers and enterprise clients. He has been featured as a keynote speaker at various industry conferences, has achieved a high distinction as a Cisco engineer carrying a CCIE certification and brings a wealth of industry recognition and awards.

Frank is a graduate of Ramapo College and his goal is to continue to improve quality in delivery and deliver valuable solutions to CDI clients.

Cyrus joined CDI with almost three decades of global experience working at KPMG, where he most recently served as a Managing Director in their Corporate Finance function and was the Global Head of Technology for KPMG Corporate Finance. In this role, he drove strategic growth initiatives and oversaw business development efforts globally, with a strong focus on IT and managed services companies.

He has significant cross-border expertise across Asia, Europe and North America, and specializes in corporate finance advisory services, divestitures, capital raise and buy and sell side for the technology, services and outsourcing verticals.

Cyrus is a car enthusiast and avid Formula One race fan. He resides in New York City with his wife, Anita, and two children, daughter Zoeish, and son Zaal. 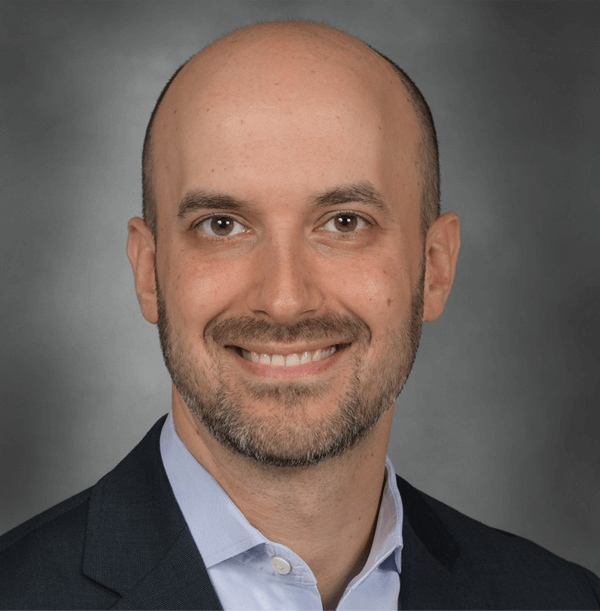 Brian Jones, Chief Operating Officer, CDI, is responsible for leading the corporate operations of the business, as well as leading the strategy and execution of the company’s mergers and acquisitions efforts.

Brian joined CDI with nearly two decades of financial services experience. In his most recent role, Brian was a Director in the Technology Banking team of KPMG Corporate Finance LLC (KPMG), where he oversaw and executed mergers and acquisitions and capital raise transactions for over fifteen years.

Prior to KPMG, he worked for a boutique banking firm that ultimately grew into one of today’s leading financial information and deal management SaaS platforms. Brian has a B.S. in Finance from Penn State University and currently lives in Chatham, New Jersey with his wife and two daughters.