What You Missed: Rubrik Forward 2022 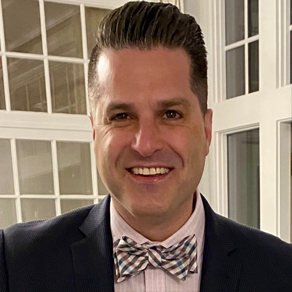 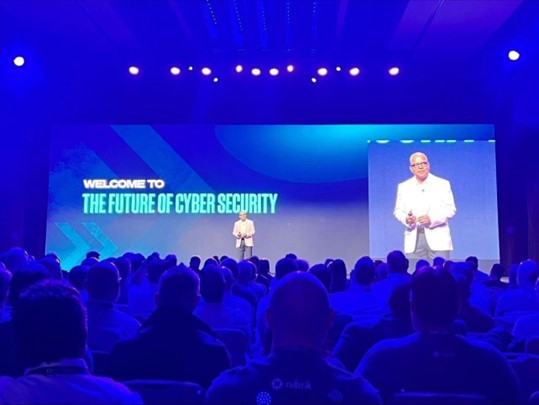 Rubrik Forward 2022 is one of the first vendor conferences to happen in person. They also gave the option to join virtually, but I couldn’t wait to get back out to see customers and colleagues.

With over 800 in person attendees and 1200 virtual, people are clearly happy to be here. Attendees are in a good mood, thanks to finally reconnecting with fellow employees, partners, and customers. In the many sessions, people are engaged, focused, and asking a lot of questions. Presenters have extra vigor, as well, even commenting on how happy they are to be there in person.

What I loved the most was seeing our customers out there, and speaking with existing Rubrik customers. We asked the hard questions and they gave the solutions that were needed. Don’t take our word for it (or Rubrik’s), listen to the customers who are using it and how they have benefited.

Let’s start with the Keynotes. Rubrik had a few across the two days. The first was opened by Co-founder and CEO, Bipul Sinha. From the start, it was clear that Rubrik is no longer a backup company. They are in the security business. They’re not just about securing your data but being able to recover what you need at all costs. Having your data protected is one thing, the easy thing, but knowing what to recover is another – and often the most difficult.

Data resilience, data observability and data recovery, in combination, are the foundation of Data Security. This unveiled the new offering from Rubrik: The Rubrik Security Cloud (RSC). They haven’t called it the RSC yet, but I’m sure it is coming.

Co-Founder and CTO, Arvind Nithrakashyap, aka Nitro, delivered all the goodness.

All built on machine intelligence, the RSC is where your “data from anywhere” (and I mean anywhere) is secured, monitored, and available to be recovered quickly.

“When your data is secure, you company is secure.”

That was the recurring theme throughout the conference, and they drove it home. With the average ransomware payment demand being $2.2 million, knowing your data is secure is the only way to ensure your business will keep running without paying a huge ransom. One key thing that stood out is that this now extends the Radar and Sonar capabilities to all cloud native workloads as well. 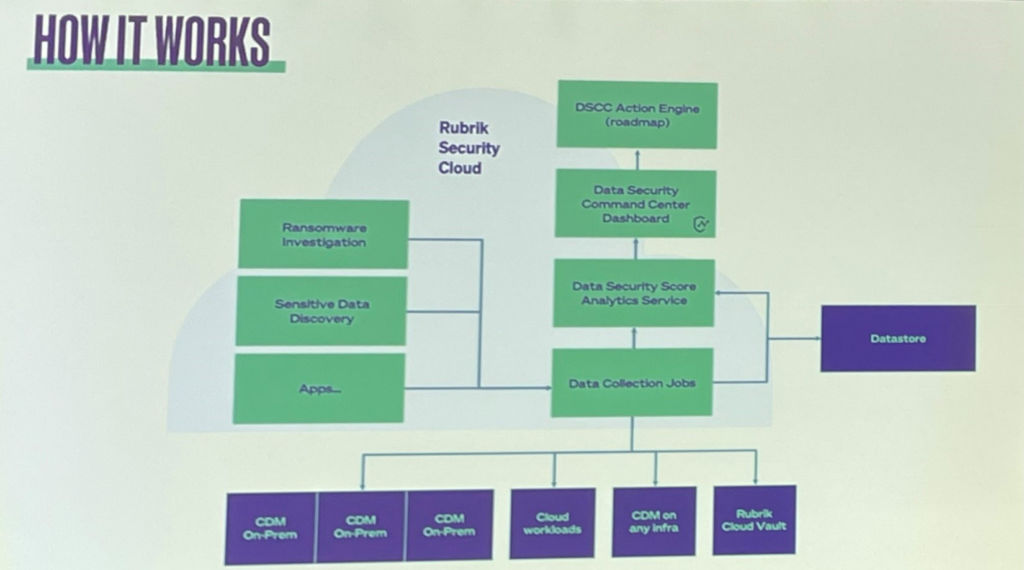 With the (RSC), your data and environment are constantly being monitored from the newly announced Data Security Command Center. Not only establishing baselines to detect anomalies, but also providing health scores for your all your data points. Ensuring that clusters are up to date, multi-factor authentication is enabled, Retention lock is in place, the two-person rule configured, and much more.

Additionally, Rubrik focused on utilizing the cloud to protect against ransomware. We all know that data on a Brik is offline, natively air-gapped, and immutable. But what happens when you archive data off to your favorite hyperscaler? What happens is you lose that control when a cloud team member’s credentials are compromised, and your archives are deleted.

Completely managed by Rubrik in Azure, no-one can access your archives. And since the encryption keys are owned by you, even Rubrik can’t read your data. Once again, giving their customers the security they need to make sure they can recover in the event of an attack. And guess what, anything you send to the Rubrik Cloud Vault can utilize Radar and Sonar, too.

While this was covered in my first breakout session, I felt like it should round out the whole Data Security conversation.

With Rubrik’s newly announced Threat Hunting capabilities, you now know exactly when and what to recover. You no longer have to live mount day after day of backups to scan for a threat when it doesn’t exist. Now, even BEFORE an attack happens, you can scan your backups to find traces of malware and stop them before they are sent off.

Too late and now you need to recover? With Rubrik’s threat hunting, you can find the exact day and time you need to recover to. At the same time, identify what needs to be quarantined and not recovered. This way you’re not recovering the malware, then removing it. Just don’t recover it at all!

The last keynote of the conference focused on Microsoft 365 protection. We heard from customers that its not just Exchange data anymore. Teams is where files are now stored, shared, and collaborated on.

SharePoint is used with large financial institutions and their customers. For example, people uploading their tax information so that taxes can be filed.

Sounds like sensitive data to me. Guess what? Hackers know this.

So, organizations need to ensure that the data is safe. And let’s face it, Microsoft in its license agreement tells you that you need to leverage a third-party backup solution. It is in Microsoft’s best interest to get your data back and they claim that you’re 95% protected from it not getting compromised. Are you willing to take that chance? Also, if your 365 data isn’t protected by a third party, your insurance premium is going up.

Well, Rubrik has the solution for you. M365 backups are now in Immutable, air-gapped storage. Teams private channels are now supported and there are multiple ways to restore SharePoint. 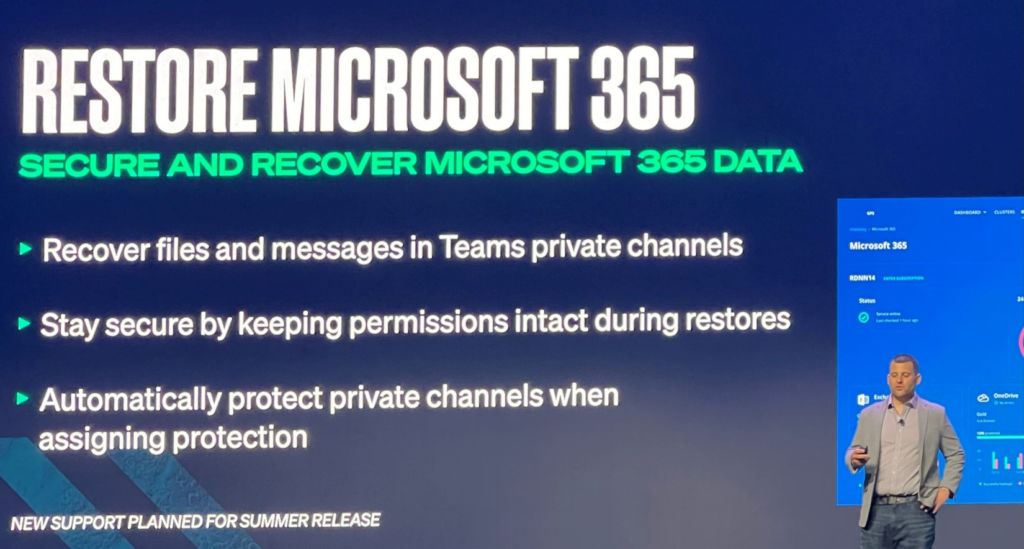 Our team attended several breakout sessions that took a deeper dive into some of the other future upgrades and offerings that Rubrik has on the roadmap. A lot of them were fire side chats with customers that told their stories of how they were hit with ransomware and how Rubrik was able to save them.

One customer said it best when he said, “Data is the new oil. It is the life blood of our business.” Nothing like hearing directly from the customers themselves.

The first breakout I attended was on Threat Hunting, which I covered above. One thing I took from it is how hunting has changed. The traditional way of scanning logs captured by your SIEM is very reactive and you’re sure to miss something. Let’s face it, not everything is logged and logs aren’t retained for a very long time. With so many different devices sending their logs to a central location, the normalization of those logs are bound to drop something along the way.

The second breakout I attended was how to lock down your Rubrik system. It covered the typical stuff:  ensuring the built in MFA was enforced, Retention lock is enabled on tier zero SLAs, and configuring the new two-person rule.

The TPR is just what it sounds like. Two people are required to make any change on the system. Want to modify an SLA? You’re going to have to get approval from at least one other person. It’s something customers have been asking for and, as Rubrik does, they listened and put it right into the CDM UI.

Another breakout was on Kubernetes (K8) protection. This was a packed room as pretty much every organization we talk to is trying to modernize or re-platform their applications.

The session focused on two customers telling how they had no way to protect their persistent volumes prior to Rubrik. One customer stated:

“It was the simplest platform I had ever worked with. It’s a great, simple platform with MFA and API integration built right in.”

All in all, it was a spectacular conference! San Diego was a beautiful location – and I couldn’t have been happier that it wasn’t in Las Vegas.

I had the pleasure to spend time with the Rubrik Team and our customers on the beautiful Maderas Golf Club when we landed, too.

I can’t forget to give a big thank you to the entire Rubrik team for the spectacular post conference party they held as well. Not a giant arena or loud club where you easily got lost in the shuffle. Quite the opposite. It was held at a large, private venue for everyone who attended in person, it was another opportunity to connect with employees and customers in a relaxed and fun atmosphere.