What You Missed at Nutanix .NEXT: 10 Years in the Making 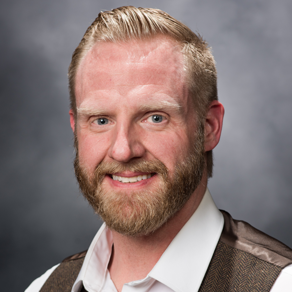 A lot of people say that the Nutanix hyper-converged solution is the Lego of the infrastructure world. So, it was even more fitting that the location of this year’s conference was in Copenhagen, Denmark — Home of Lego!

This was my second .NEXT in 2019, as I attended the California conference earlier this year. You can check out my blog recap from that event, here. I’m fortunate enough to work with customers around the globe, and that granted me access to this conference, as well as a fantastic Executive Briefing. As a partner that deals with many global and enterprise customers, Executive Briefings are common with the various vendors. Nutanix provided a custom-tailored day for my client and I was very impressed at the incorporation of Product Managers.

I try to be objective when I write these blogs, so it’s worth noting that I also attended VMworld 2019 this year. I participated in many VSAN sessions (my conference wrap-up for that show can be found here)… and VMware totally had me sipping on the Kool-Aid.

.NEXT began with original employees, customers and partners all appearing on stage where a partner and customer from 2013 shared stories about the early days of Nutanix.

This particular partner shared a great story about how their company did a ton of prep work before meeting Nutanix CEO, Dheeraj Pandey, to make sure they looked knowledgeable. Dheeraj then showed up onsite and wove a story about the iPhone of the data center – after which they forgot all of the “smart” questions they prepared in advance! As a partner and a business professional who regularly presents to customers, this is a classic utopian example. I hope that one day I’ll present material worthy enough to a customer that will make them equally as happy!

During the keynote, Dheeraj presented a story of resilience, which had three parts: trust, autonomous, continuous, that furthered their mission of making IT invisible. If these three things are accomplished, you truly are only focused on your way forward.

The continuous aspect leads to subscription and multi-cloud. Why subscription-based? Optionality with term licensing gives people the flexibility to decouple products from contracts. You can now use the residual value from the products you aren’t using to purchase new products that you actually need. Sometimes I feel like customers are trapped in Enterprise agreements. They’re worried about what software line items are included, and what it would take to include new ones. This option leaves an open ending.

AHV now has metro clusters with synchronous replication, which previously was only available via ESXi. This was mostly due to VMware already developing this ability for SRDF.

Xi Leap: Disaster recovery-as-a-service announces one-minute RPO and can add scripts to recovery plans, as well as ESXi support. Think about that for a second! That means you have production on VMware ESXi, you have a DR situation, you failover to AHV in cloud, issue resolved and you failback to ESXi. Done. Whew.

Lots of announcements around models you can purchase (200TB node, etc.). DX once again will come preloaded with AOS, AHV and Prism, with a fully integrated one click firmware management. Greenlake went live during the conference, giving people the ability to use DX in a consumption based OPEX model. This will now be available in more than 50 countries.

One click Kubernetes (K8), sounds nice doesn’t it? Upstream distribution, but they handle the lifecycle management. This is a pretty solid story for most companies dipping their toe in the water, or for smaller sites who need to host containers.

An important item to note is that more and more vendors are delivering their software packages/appliances in container form. An actual plan for containers is becoming a need – not a want. As I mentioned earlier, I attended VMworld 2019 this summer and there was a pretty big hype on the Pivotal/containers story. I’m still a little bit jaded, but you can change my mind. VMware has made a massive investment in their strategy, and for an enterprise it will be hard to dispute the benefits. I am hopeful Nutanix’s story and abilities will develop quickly.

Previously called Buckets, was demoed to show its global name space ability. As a distributed file system, you can add storage capacity from any cluster that is managed by Prism Central. The demo showed 1.5 PB being added to Object Storage via a cluster that was not collocated with the current cluster. This distributed file system also has native load balancing abilities, placing files and granting access via the best channels. Let’s say the word “distributed” one more time. This distribution is a truly differentiating aspect of Nutanix. The backend systems “team” functionality is where these services get better, faster and more efficient as the cluster grows larger. Typically, most hyperconverged systems add more overhead, but not in this case.

Selfishly, I loved that there was an entire demo around the new and improved ServiceNow Plugin. Nutanix is putting in a lot of engineering time to enhance Alerts, CMDB, and Workflows via Calm. Several self-service examples were given and showed the ordering of a multi-tier application through a ServiceNow workflow. This integration also works with their Xplay feature, which is best described as a reactionary playbook. This is similar to Turbonomic or vROPs, in the way you have an action chain that you define to add more CPU/RAM/etc. if ‘X’ conditions are met.

However, there are a few key differences — one of which is that it’s fully integrated. You can use your existing AWS accounts/VPC’s/etc., and you don’t need to set up a secondary tenant. It’s important to mention that this is not a managed service like VMC is. This service allows customers to use existing credits and leverage investments that have already been made. This same product set is also coming to Microsoft Azure, just like VMC. The rumor mill says that the current hang-up with Azure is their team figuring out its bare metal plan.

The new 2020 marketing campaign was announced and will go-live for the first time with clever ads around VMworld Barcelona. All Together Now! is the motto, as Nutanix works to bring your clouds and teams all together now (get it?)!

In conclusion, I was impressed with the conference and its hosting city. Nutanix continues to drive-forward their vision via development and acquisitions, allowing for a fast-time to market. They also win me over with the .Heart social responsibility and contributions. This conference focused on women in technology, which was also one of the main charitable focuses of VMworld. My team and I would love to have a female Solutions Architect again, so any interested candidates should check out our careers page!